The Julian Community Heritage Foundation (JCHF) was founded to preserve the history of the community of Julian and to promote the quality of life of persons of all ages living, working, and visiting this community. Read more about our mission and on-going efforts HERE

The Julian Community Heritage Foundation has been actively working on a new initiative for the development of the corner lot on Main St. and Washington St. Our vision is the creation of a Julian town square and would serve as a community park & outdoor amphitheater. Julian town square will be an epicenter of art, theater and community gatherings.

You can help by contributing to our pledge-drive and sharing this information. This community driven project has been years in the making and various individuals, as well as organizations have been working very hard on making it a reality for our community. Anything you can pledge would be greatly appreciated. DONATE NOW...

HISTORY IN THE MAKING!

This is your opportunity to forever be part of a community project that will last into the ages. Visit our GoFund Me page to donate now.

Donations of $300 or more will have a dedicated name plaque on our donor wall at the town square site.

You can also donate via mail. Send your checks to:

More than 100 other individuals & organizations pledged

Why a Town Square?

A town square is usually found in the heart of a community & is an epicenter for gatherings & community events such as open markets, music concerts, theater and the arts. It's a centrally located town space for people to gather.

The corner lot on Julian Main Street and Washington is the perfect location for the establishment of a a town square for Julian. We believe it is the most forward thinking development strategy for the empty lot, wish will benefit our community and enhance our town.

With your donations and support, we look forward to transforming the "corner lot" into our very own Julian Town Square park.

For far too many years now, the corner lot on Main St. and Washington St. has remained a barren & empty space.  Our community has watched the years pass by while this beautiful & strategically located property remains unused. We believe it's time to change that and we need your help to make it happen.

The Julian Community Heritage Foundation has introduced a new initiative for a community park & outdoor amphitheater.

A town square will help enhance & beautify Main Street. It will also help enhance our historical appeal & provide a public space for people to gather. We'll use the space for farmers market/art & gift fairs,  open air performances - music & theater & other community events. We look forward to transforming this empty lot into a beautiful community space that will benefit us all.

Much has been accomplished since we first announced the town square project earlier this year:

- Preliminary lot designs have been approved in concept by both the Planning Group & ARB.

- Local development owners, Bob Schultz and Mike Peckham are negotiating the purchase of the lot and pledged $50K

- Over 100 individuals & organizations also pledged for a total of over $190K pledged so far in less than a year. DONATE NOW

All donors, no matter what the amount will be recognized on our web-site donor page. Other donation options include a tree plaque, bench plaque & a prominently displayed plaque on the water tower. Your donations will be going towards the purchase of the lot, as well as developments costs for the proposed town square design. Below are all of the available donation tiers and corresponding accolades: 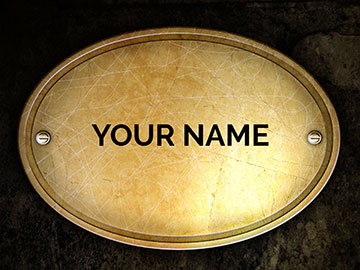 Any person donating over $300 will have a dedicated name plaque on our donor wall at the town square site. We're still coordinating with the ARB and architects to designate a plaque design and exact location for the donor wall. Etch your name in stone among the great founders and citizens of our proud and historic Julian. 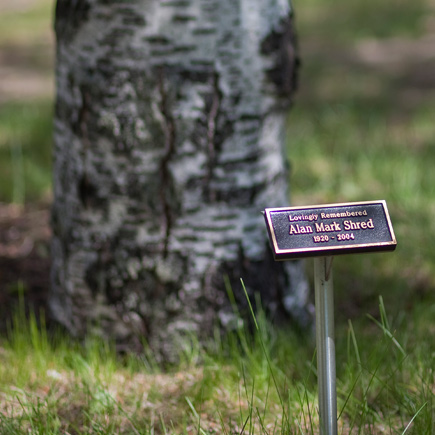 Any person donating over $5,000 will have a dedicated name plaque on one of our trees. We plan on having 4-6 trees planted at the site, which will be dedicated in your honor. 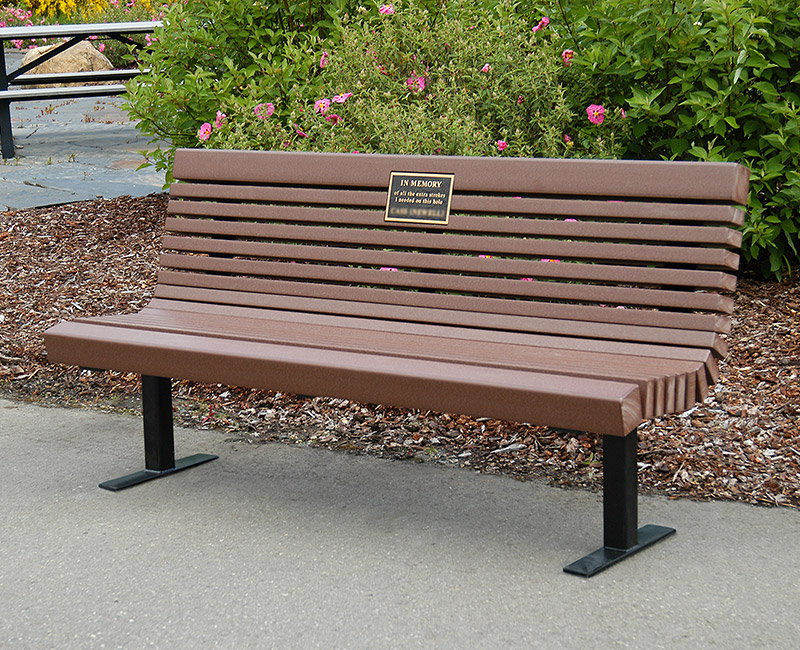 Any person donating over $10,000 will be recognized with a bench plaque at the site. We should have between 20-24 benches dedicated at the site. 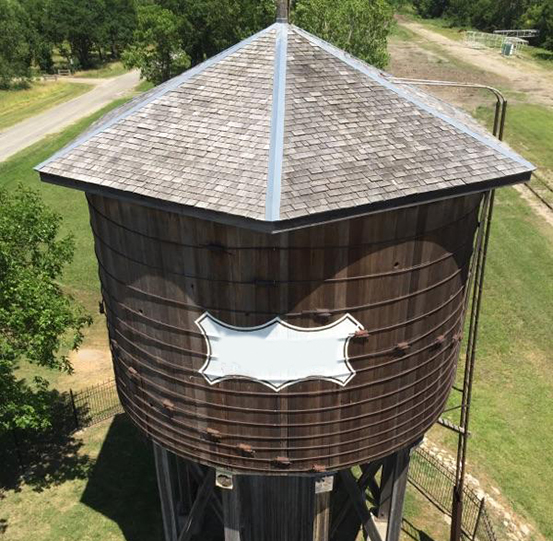 Any person donating over $100,00 will have a dedicated name plaque on our water tower. We only have one spot on the water tower and the plaque is contingent on ARB and county approval.

We put together an illustrated time-line depicting the property history dating back to 1910. 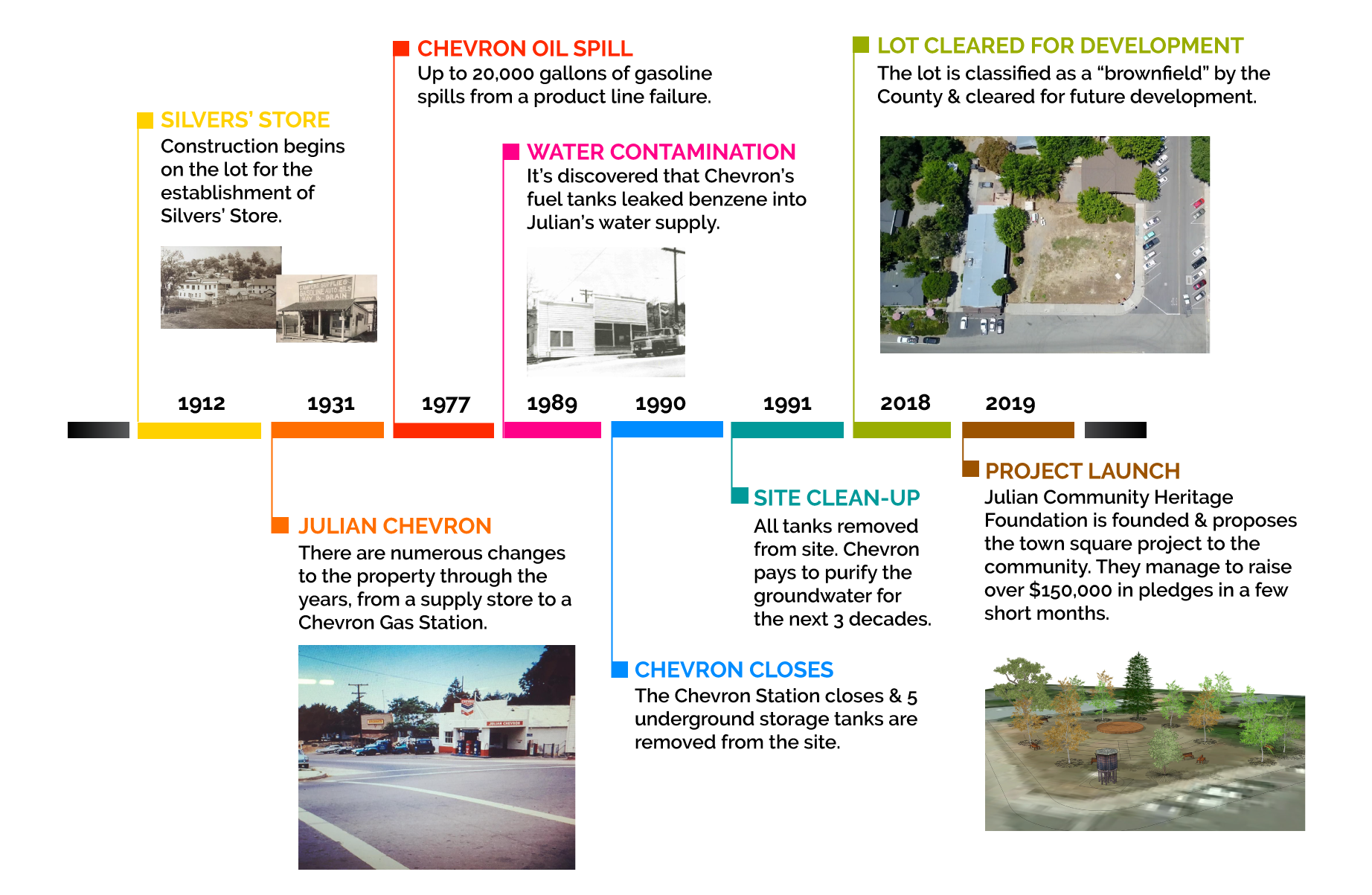 The Julian Community Heritage Foundation started as a volunteer effort towards creating a Town Square for our historic town of Julian. It has been in the works for many years now. Various individuals and organizations have already contributed to the project and our collective efforts have so far raised well over $190,000. We have presented the plans to Dianne Jacob, our San Diego County Board of Supervisors Representative, and she is also supporting the project. We are working with the Architectural Review Board to ensure we are in compliance with historic district building guidelines.

Our immediate goal is to raise the necessary funds to purchase the vacant lot. Read More...

The Julian-Cuyamaca Fire Protection District needs our help. JCFPD is facing multiple challenges at the moment, including the end of a $60,000 county subsidy they've been receiving for the past 10 years. There are a few ways you can help. Let our County Board of Supervisors know that we want to maintain our independent/volunteer fire department.

The communities of Julian and Lake Cuyamaca need to demonstrate to San Diego County that we value our fire department and expect their support. This is urgent and can be done with letters, emails and phone calls. In the near future, there needs to be a serious discussion and input from the community regarding an increase in the annual tax to preserve JCFPD, or choose to dissolve.

Julian-Cuyamaca Fire Protection District is at risk. Choices appear to be (1) Do nothing and persevere until finances force it to dissolve; (2) Voluntarily dissolve and allow the Fire Authority to take over; (3) Increase the Benefit Fee to cover the rising costs and remain viable as an independent/volunteer fire department.

A few years ago, the JCFPD Board of Directors announced that the District was almost broke, could not sustain itself, and recommended that it dissolve and allow the San Diego County Fire Authority take over responsibility for fire protection in Julian. Due to the outcry against dissolution and the demonstration of support by residents, JCFPD Fire Board voted to remain independent.

In 2013, Rebecca Luers, CPA, was recruited by JCFPD to review the annual audit and clarify some discrepancies in the bookkeeping and accounting processes. She determined there was no corruption or misuse of funds, but it was unclear what JCFPD had in reserves. Instead of being bankrupt, JCFPD had over a hundred thousand dollars in reserves. While this may sound like a lot, it is insufficient in the long term to replace capital assets (e.g. vehicles).

Chief Rick Marinelli was hired in 2013 and immediately attacked the problem of an ambulance service that was losing money. He negotiated new contracts with the County for the Julian Ambulance Service with a larger subsidy, and then convinced San Diego Emergency Medical Services to purchase a new ambulance. His next challenge was to build a new station and that was completed and showcased at an Open House on April 22, 2017. Meanwhile, though JCFPD operates on a tight budget, cash reserves have grown. But the problem of finances is not solved.

Every fire department in San Diego County (except Julian) either has paid firefighters, or provides a stipend to volunteers and reserves. Julian has a hard time recruiting volunteers who often drive 50 miles, staff the station for 48 hours, and pay their own expenses, including food. The County is implementing a new radio system for emergency responders and Julian’s share of the cost will be significant. Gas, vehicle maintenance, new technologies and basic operating expenses increase over time but Julian’s benefit fee and tax revenue have remained the same for 30 years.

In September 2017, the Fire Board will vote again to remain independent or succumb to the Fire Authority. The County provides a $60,000 subsidy which it may not pay if JCFPD rejects the offer to submit to the Fire Authority. CalFire could also go to a 9-month staffing in Julian and withdraw the Paramedic Engine it has provided for the past year. This is the leverage the County has to coerce acceptance. The Fire Authority will offer paid staffing 24/7 and potentially lower insurance rates for homeowners. While it sounds like it could be an easy transition with lots of benefits, many of the communities that are now covered by the Fire Authority are very, very unhappy. They have lots of complaints about “promises made but not kept.”

Julian-Cuyamaca is a very special place and JCFPD is an icon in this community. Julian is one of the few communities holding on to its volunteer fire department. We do not want to go through disruption, potentially lose the station we worked and paid for, and lose control of the community icon we so love. So, we need to decide if we want an independent/volunteer department and, if so, we will have to act.

What you can do now: Write a letter to San Diego County Board of Supervisors, Attention: Dianne Jacob, 1600 Pacific Highway, Room 335, San Diego, CA 92121. Tell her that you support JCFPD and do not want the Fire Authority to take control of our volunteer fire department. Ask that the County continue to provide the $60,000 subsidy they have provided for over a decade, and point out that this sum is far, far less than it would cost the County to provide fire protection for Julian. 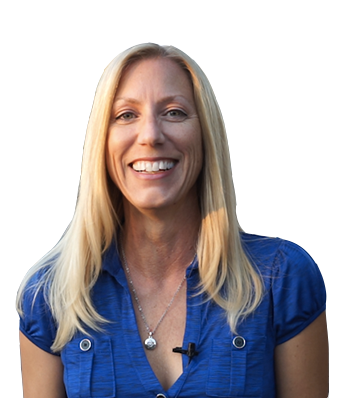 The Julian Community Heritage Foundation is dedicated to the citizens of our beautiful county & we're committed to the betterment of our community. Our motivations are to serve America's finest city & ensure a sustainable future for generations to come.

The Julian Community Heritage Foundation (JCHF) is a non-profit organization, dedicated to preserving the history of the community of Julian and to promote the quality of life of persons of all ages living, working, and visiting this community.